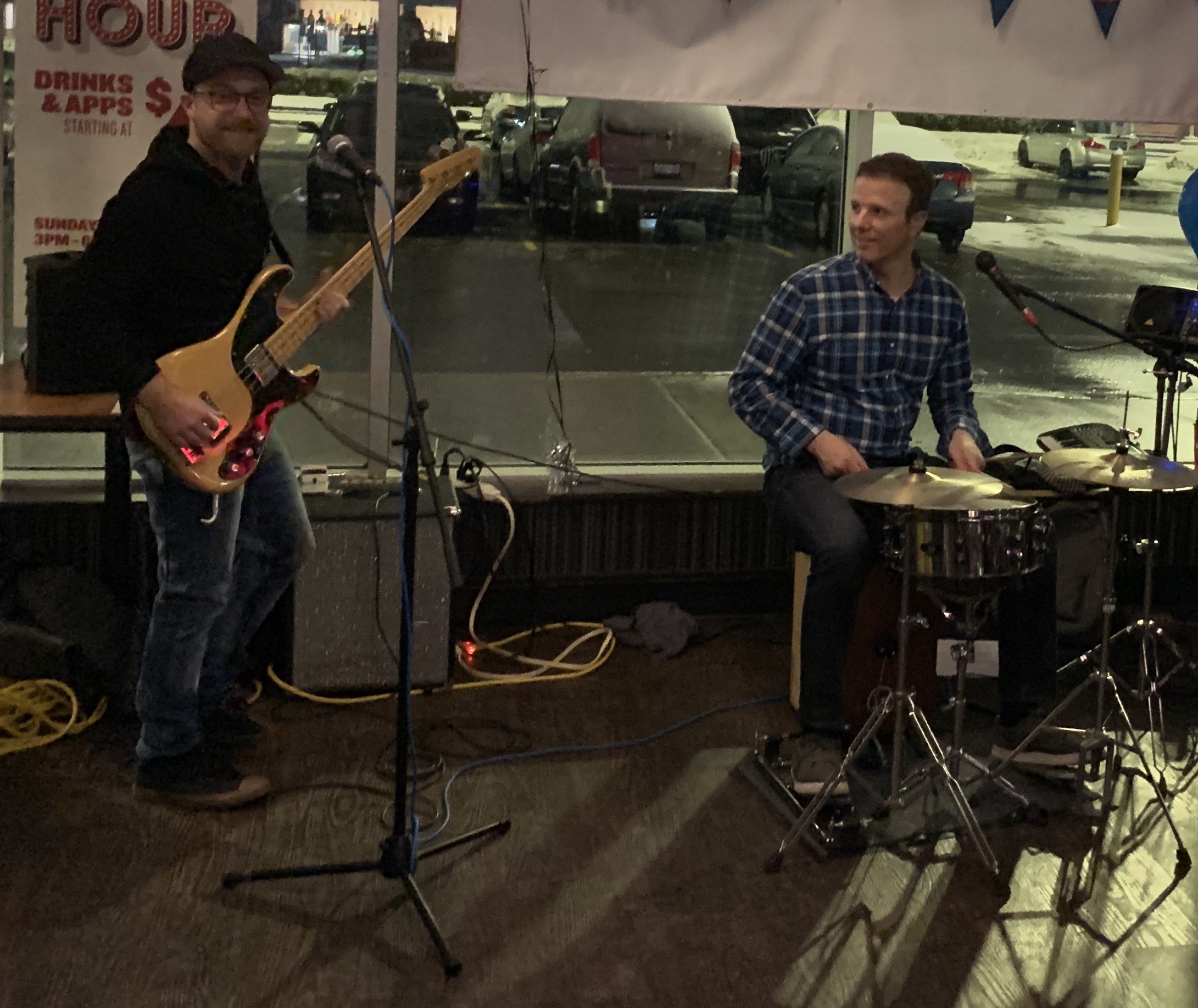 Super excited to announce that I now have two permanent members that will accompany me when performing as a duo or trio.

Recently I’ve been tossing around the idea of using ‘Ryan Thomas and The Morning Announcements’ as that is the name that started it all, however with these two gentleman rounding off the line up, I may have to consider something different like…

‘Ryan Thomas and The Matts’.

We will just have to wait and see.

Matt Weaver (drums/keys/vox):
Matt and I met and played together in ‘Rosevelt’ for close to a year stint and he has been my steady duo ‘go to guy’ since. He adds great harmonies, dynamic rhythm and at times thickens the sound with his keys while still providing percussion to boot.

Matt Liefl (bass/vox):
Matt and I have unknowingly shared the same stage in the past but never truly crossed paths. It was very apparent upon our recent first actual meeting in early 2020 that we were on the same page musically. Having been a former 97.7 RockSearch winner with his band ‘The Roxwells’ in 2012, he is no stranger to originals and is on board in helping me creatively with my new stuff. His ability to intuitively navigate his way around a bass is a sight to see and helps complete the mature eclectic sound I’ve been looking for.

Both Matt’s met for the first time and then played together at our recent headlining show on February 1st, 2020 at the Niagara Falls (Dorchester Rd.) Boston Pizza party that celebrated their 20th Anniversary. We heard many compliments about how tight we were as a band and everyone was floored to discover that it was the first time that all three of us played together. Things can only go up from here.

Snapped a photo of the two phenoms in their natural element.

Not too many gigs like this one. We made people la

Merry Christmas from my family to yours. (The last

One of our favourites will be heating things up tonight on this cold evening! LIVE MUSIC with Ryan Thomas Smelle from 9-12pm!Mix in some SCC ribs, some tasty beers and wines, some friends and some laughs...and you have yourself a fun night! ... See MoreSee Less

From the Strait @fromthestrait ·
19 Jan

Check out the song and our Q&A:
https://fromthestrait.com/articles/freshly-pressed-ryan-thomas-smelle-shame-shame/